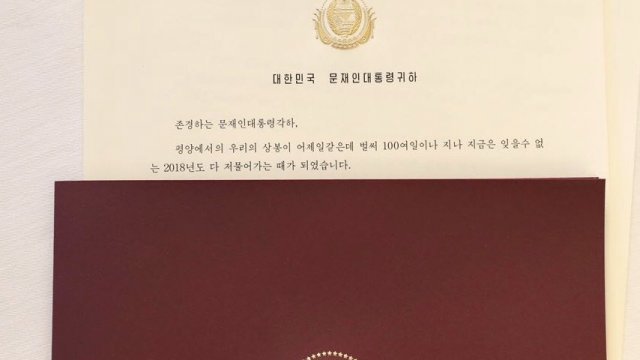 By Katie Cammarata
December 30, 2018
South Korea's president said: "There is nothing we can not do if we meet each other sincerely."
SHOW TRANSCRIPT

Moon announced that he received the letter from Kim on social media Saturday. The letter mentioned that Kim wanted to meet with Moon "frequently" in 2019. The South Korean leader said, "There is nothing we can not do if we meet each other sincerely."

Kim also apologized for not being able to visit Seoul at the end of 2018, as the leaders had planned at an earlier inter-Korean summit.

Relations on the Korean peninsula improved in 2018, with both countries taking steps toward a peaceful alliance. For example, on Wednesday, officials from North and South Korea participated in a groundbreaking ceremony to connect the countries' roads and railways.