Kim Kardashian Exposed Her Butt, And No One Even Mourned 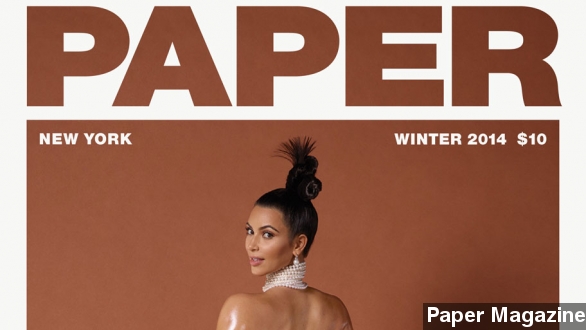 SMS
Kim Kardashian Exposed Her Butt, And No One Even Mourned
By Lauren Zima
By Lauren Zima
November 12, 2014
The reality star exposed her entire butt in a new piece for Paper Magazine. With her most famous asset revealed, where can she go from here?
SHOW TRANSCRIPT

The famous booty, with nothing left to the imagination anymore.

And as we rushed through Internet reaction, no one took the time to pause. To think. To remember.

It was only a year ago that Kim's bottom in a one-piece got reposted by 1 million people.

Just six months ago it made headlines for being masked in sand and thong.

As recently as September, we were satisfied with see-through. But as they say ...

And now that Kim has given us full butt, and the Internet has possibly "broken" — where can we all go from here?

We're sure she'll think of something.

And the Internet will too.