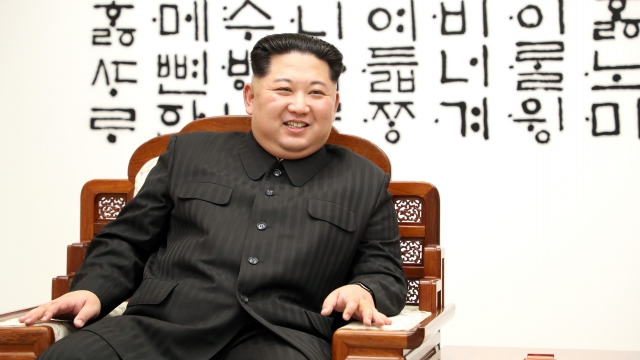 In a speech to members of the ruling Workers Party, leader Kim Jong-un said he no longer feels bound to his self-imposed suspension of such tests.

While North Korea launched a series of short-range ballistic missiles in 2019, it hasn't launched a long-range weapon since November 2017.

According to North Korean state media, Kim complained that he hadn't gotten anything in return for the suspension. Instead, he pointed out that the U.S. imposed more sanctions on the country and continued to hold joint military drills with South Korea and sell it advanced weapons.

Although Kim stopped short of calling off negotiations with the Trump administration, he did warn that North Korea would unveil "a new strategic weapon" sometime in the near future.

"He's representing his country. I'm representing my country. We have to do what we have to do. But he did sign a contract. He did sign an agreement talking about denuclearization. ... I think he's a man of his word. So we're going to find out," the president said.