Kim Jong-Un Rumored To Be In Critical Condition Following Surgery 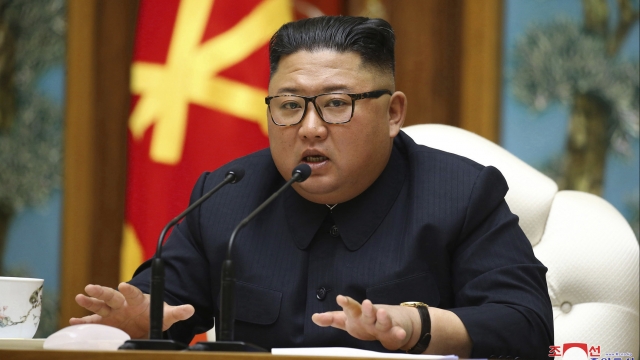 The health of North Korean leader Kim Jong-un is in question — with some reports saying he's in critical condition following surgery.

CNN reported Tuesday that the U.S. is monitoring the situation. U.S. officials said Kim's health concerns are real. However, one official told CNN the leader is in grave danger, while another said the severity is hard to assess.

Kim was last seen publicly at a coronavirus prevention meeting on April 11. South Korean online newspaper Daily NK, which monitors North Korea, reported Kim underwent cardiovascular surgery on April 12. The leader didn't make an appearance at a celebration for his late grandfather's birthday on April 15 — a major holiday in the country — contributing to speculation about his health.

The Associated Press reports that South Korean officials said they haven't seen any evidence Kim is in fragile condition, adding that he appears to be handling affairs "as usual."

North Korean officials have yet to address the rumors.