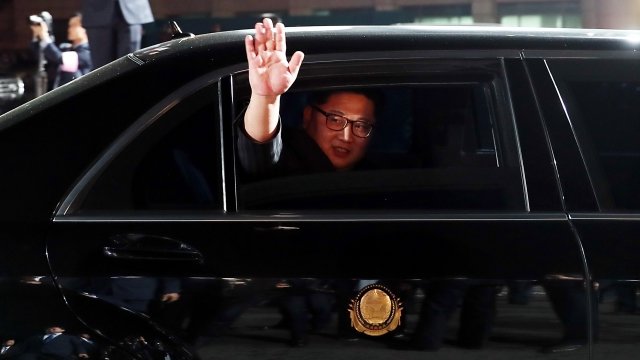 That's according to South Korean officials, who met with Kim on Wednesday in Pyongyang to, among other things, schedule a third inter-Korea summit.

This means the Korean Peninsula would need to be denuclearized by January 2021. The Trump administration previously said it was hoping for a "major disarmament" by that point.

A South Korean official told reporters Kim has "unwavering trust for President Trump," but that the North Korean leader still wants "matching measures" from the U.S. if he's going to accelerate getting rid of his nuclear arsenal.

That isn't anything new. North Korea's been saying for a while that the U.S. isn't keeping up its end of the bargain by keeping sanctions in place. For its part, the Trump administration has said it wouldn't lift sanctions until the country completely denuclearizes.