Kim Reportedly Agrees To Meet Trump At The DMZ 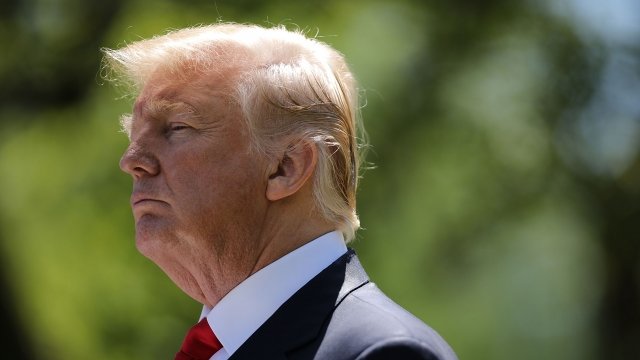 North Korean leader Kim Jong-un has reportedly agreed to meet with President Donald Trump at the demilitarized zone between the two Koreas.

An anonymous source told CNN that South Korean President Moon Jae-in convinced Kim to hold his upcoming meeting with Trump at the DMZ.

Trump has indicated that the DMZ is his location of choice for the meeting, which is expected to take place in the coming weeks.

"There's something I like about it, because you're there, you're actually there, where if things work out, there's a great celebration to be had on the site, not in a third-party country," Trump said.

But not everyone is on board with the idea. Critics argue holding the high-profile meeting right in Kim's backyard could make it seem like Trump is deferring to the North Korean leader.

Trump has also said he's considering Singapore as the site for the meeting.