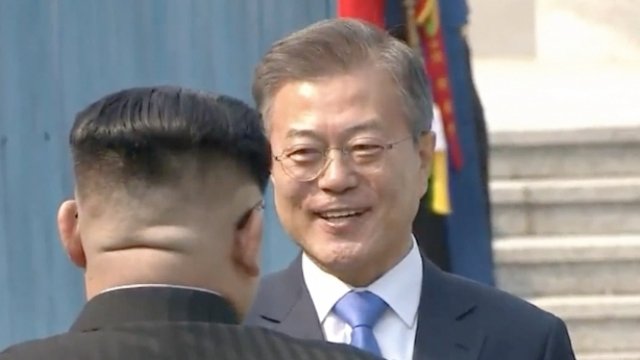 North Korean leader Kim Jong-un became the first head of that country to step foot in South Korea since 1953 on Friday. And he literally did it by walking across the border. It happened at the beginning of a meeting with South Korean President Moon Jae-In.

Of course, take that with a grain of skepticism because really anything could happen.

This meeting comes after months of diplomatic talks and as Kim prepares to meet with President Donald Trump.