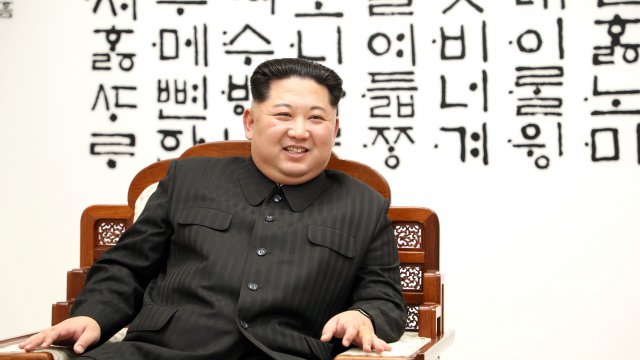 According to China's Xinhua News Agency, Chinese President Xi Jinping said during a meeting with Kim this week he "supports [North Korea] and the United States holding summits and achieving results."

Xi was also quoted as saying China hopes North Korea and the U.S. will "meet each other halfway," and his country is ready to play a "positive and constructive role" in maintaining peace and achieving denuclearization on the Korean Peninsula.

Both Kim and President Trump have said they're working to get a second summit on the books.

The first meeting, which took place in Singapore back in June, ended with a pledge to denuclearize the Korean peninsula. But later negotiations stalled somewhat over sanctions. North Korea wanted those sanctions lifted as a goodwill gesture, but the Trump administration's said it will only lift sanctions when North Korea completely denuclearizes.

The president told reporters earlier this week the U.S. is negotiating a location for the second meeting, but he didn't say when it would take place.