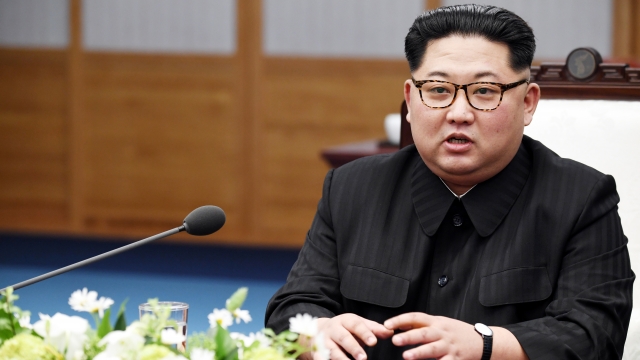 ​Kim called on the country's armed forces "to take positive and offensive measures for fully ensuring the sovereignty and security of the country."

According to North Korean state media, Kim called on the country's armed forces and diplomats "to take positive and offensive measures for fully ensuring the sovereignty and security of the country" during a Workers' Party meeting on Sunday.

The news agency did not elaborate on what exactly Kim meant, but his remarks come just ahead of his end-of-year deadline for the Trump administration to change "its current way of calculation" if denuclearization talks were to resume. Earlier this month, North Korea warned of a "Christmas gift" for the U.S. if it didn't ease up on its sanctions.

Secretary of State Mike Pompeo said during a Fox News interview on Monday the U.S. was "watching what [North Korea is] doing here in the closing days of this year and ... hope(s) they'll make a decision that'll lead to a path of peace and not one towards confrontation."