Kim Davis To Be Released From Jail 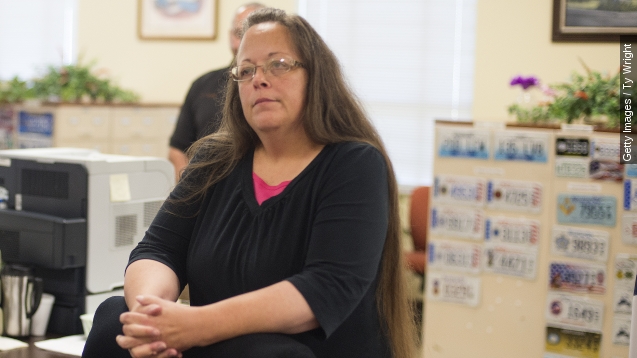 Kim Davis will be released from jail.

Davis is a clerk from Rowan County, Kentucky, who has refused to give anyone a marriage license after the U.S. Supreme Court legalized gay marriage across the country in June. (Video via YouTube / davidvmoore1976)

She cited her religious beliefs as the reason behind that decision, even though in August the Supreme Court refused to excuse her from issuing same-sex licenses.

Davis was found in contempt of court Sept. 3, and U.S. District Judge David Bunning sentenced her to jail until she complied. (Video via WYMT)

As part of the court order Tuesday, Davis has been ordered not to interfere with her deputies who are issuing marriage licenses.