Kim Jong-Un Arrives In Russia For Denuclearization Meeting With Putin 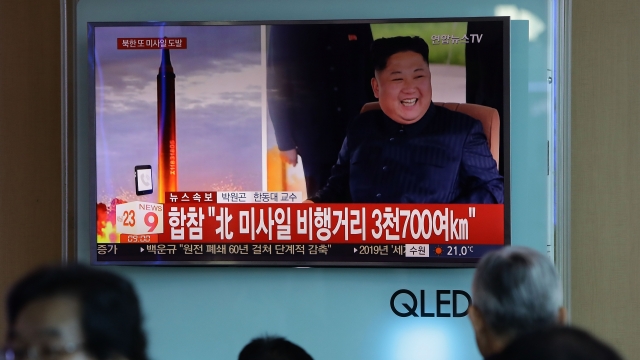 A Kremlin aide told reporters Kim and Putin will discuss efforts to denuclearize the Korean Peninsula.

North Korean leader Kim Jong-un is in Russia to meet with President Vladimir Putin for the first time ever.

There aren't many details available, but here's what we do know about Thursday's historic meeting: The two leaders will meet at Russia's far-eastern port of Vladivostok, which isn't far from the border with North Korea. A Kremlin aide told reporters Tuesday Kim and Putin will discuss efforts to denuclearize the Korean Peninsula.

The aide also said trade between Russia and North Korea fell over 56 percent last year, largely due to sanctions against North Korea.

A U.S. envoy traveled to Moscow last week to discuss the denuclearization of North Korea. President Donald Trump and Kim have met a couple of times in the past year.

The first summit ended with a vague agreement for denuclearization, but the second failed after the two countries couldn't make a deal. Kim gave the U.S. until the end of the year to decide if it wants a third summit. President Trump said it would be "good."