This Is The Latest Horrible Thing Suspected In Sudan's Darfur Region 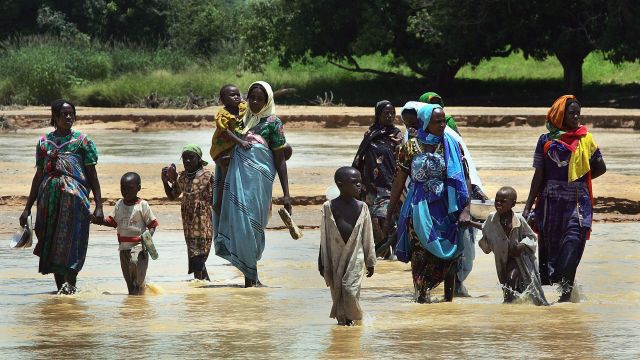 SMS
This Is The Latest Horrible Thing Suspected In Sudan's Darfur Region
By Melissa Prax
By Melissa Prax
September 29, 2016
The Sudanese government is accused of killing hundreds with chemical weapons.
SHOW TRANSCRIPT

This is the Darfur region of Sudan, and the atrocities there never seem to end.

Most recently, the government is being accused of killing hundreds of people — including children — with chemical weapons. Amnesty International said there have been at least 30 such attacks since January.

The government is denying any involvement, which isn't suprising.

But it's been more than a decade since the conflict began. Shortly after, the government was accused of genocide.

That got a lot of attention in the U.S., and it became a talking point in the 2008 presidential election.

But recently, parts of Darfur have become harder to access, and aid groups say remote areas are cut off.

"We need to have the sort of international engagement on Sudan that the level of this crisis actually requires," Amnesty International's crisis research director told Africa News.