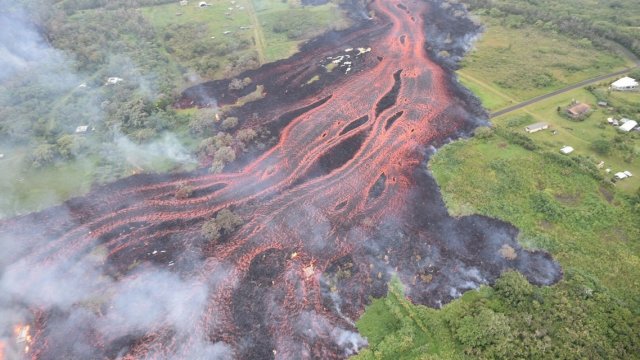 The Kilauea volcano in Hawaii has now covered almost 2,400 acres in lava. That's almost 4 square miles. The lava has reportedly destroyed at least 82 structures and displaced thousands of people.

There are at least three active fissures, or cracks, with lava flowing out of them.

This spike in volcanic activity on the Big Island has been going on for almost a month. The Hawaii County Civil Defense Agency says residents who live close to the active eruption should be "alert to changes in the flow direction" and be prepared to evacuate.