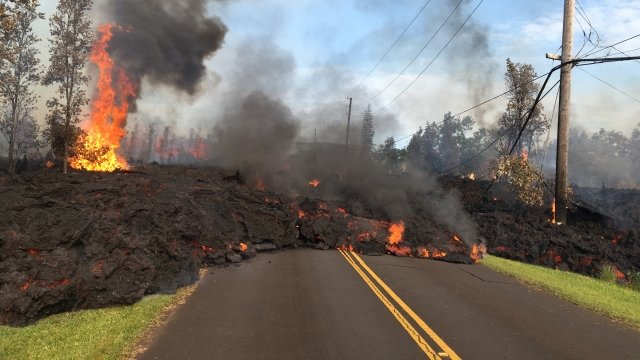 The Kilauea volcano is doing more damage to Hawaii than destroying buildings and spewing volcanic smog into the air — it's also impacting the island's economy.

CNN reports the week after Kilauea erupted on May 3, the island lost about $1.5 million. But that number only includes about 15 percent of the island's hotel and activity managers who responded to a poll.

The executive director of the Island of Hawaii Visitors Bureau told CNN the volcano isn't just the Big Island's No. 1 attraction, "it's the state's No. 1 attraction." He said when it shuts down, "there's a direct impact on the spending in that area and the island altogether."

As of May 14, two-thirds of Hawaii Volcanoes National Park was closed because of "ongoing seismic activity" and other hazards. The park reportedly sees more than 2 million visitors every year.

Hawaii's Tourism Authority said the volcanic activity is limited to a remote area on Hawaii's east side. It also said tourists who have already booked or are planning a vacation to Hawaii should know their vacation won't be affected, but they should stay out of areas closed to the public for their own safety.