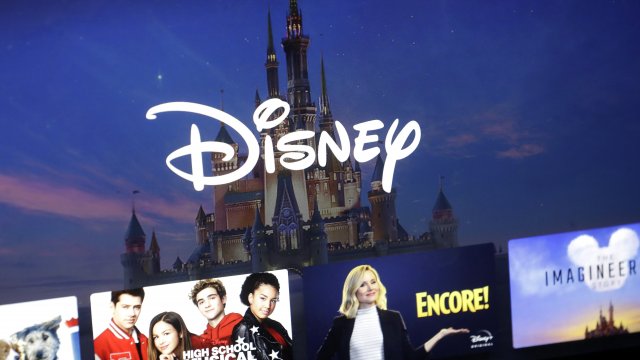 SMS
Kids' Shows Are Dominating The Streaming Service Industry
By Casey Mendoza
By Casey Mendoza
February 8, 2022
One streaming analyst said the demand for children's content surged 58% between the start of 2020 and the fall of 2021.

There's a battle going on in the "streaming wars" — not just for the next "Game of Thrones" or the next "Squid Game," but the next "SpongeBob Squarepants."

"It's crazy," writer Steven Banks said. "During the pandemic, I was busy. I just finished writing the entire first season of Stan Lee's 'Superhero Kindergarten' starring Arnold Schwarzenegger... and I just started a new show called 'Shaq's Garage,' which is about Shaquille O'Neal and all his crazy cars."

If you were a kid or a parent in the 90s and early 2000s, then you're probably already familiar with some of Banks' works.

"I wrote on 'CatDog,' 'Jimmy Neutron,' and then I was head writer of 'SpongeBob Squarepants,' which has been around for over 20 years, is essentially a children's TV classic today, with two spinoffs airing right now to draw in more fans."

Banks credits the popularity of the series and other popular kid shows to the characters.

In today's franchise-driven entertainment industry, streaming platforms like Netflix, Disney+ and the streaming home of Nickelodeon, Paramount+, are all wanting to get in on the kids game.

Streaming analyst Parrot Analytics said the demand for children's content surged 58% between the start of 2020 and the fall of 2021.

And last year, it was Disney+ that had the most-streamed movies — "Luca," "Moana," "Raya and the Last Dragon" and "Frozen 2." All of these titles were strengthened by families — adults included — watching at home with the kids.

As the pandemic continues, it's no surprise that kids stuck at home are driving streaming numbers, and as long as that continues, streaming platforms are going to continue competing for their attention.