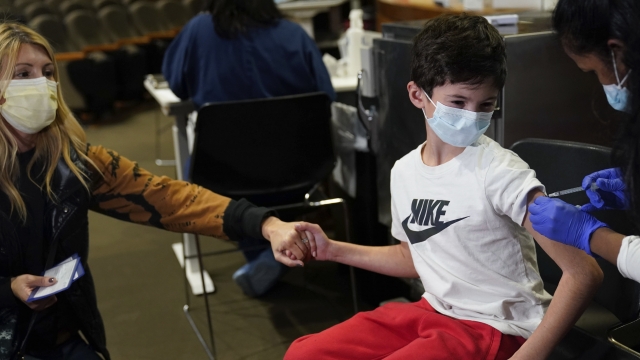 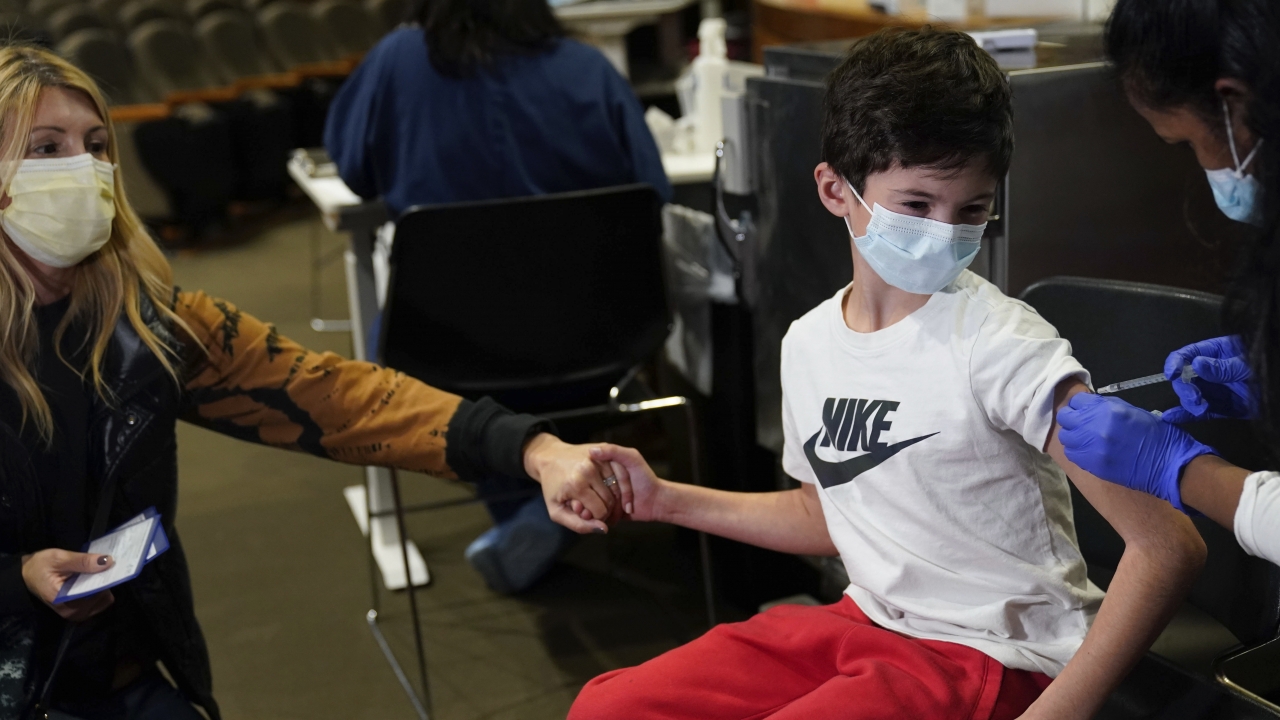 Suspicion, misinformation, complacency and delays because of the holidays and bad weather have combined to produce alarmingly low COVID-19 vaccination rates in U.S. children ages 5 to 11, authorities say.

As of Tuesday, just over 17% were fully vaccinated, more than two months after shots for the age group became available. While Vermont is at 48%, California is just shy of 19% and Mississippi is only at 5%.

Vaccinations among the elementary school set surged after the shots were introduced in the fall, but the numbers have crept up slowly since then, and omicron's explosive spread appears to have had little effect.

Parents who hesitate "are taking an enormous risk and continuing to fuel the pandemic,'' Murphy said.

Hospitalizations of children under 18 with COVID-19 in the U.S. have climbed to their highest levels on record in the past few weeks.

The low vaccination rates and rising hospitalizations are "a gut punch, especially when we've been working so hard to keep these kids well,'' said Dr. Natasha Burgert, a pediatrician in Overland Park, Kansas.

The vaccines have proved highly safe and effective at reducing the risk of severe illness, hospitalization and death.

COVID-19 shots for young children have been authorized in at least 12 countries. In Canada, where Pfizer shots were cleared for ages 5 to 11 in November, just 2% are fully vaccinated.

Snowstorms, tornadoes and other heavy weather in December are believed to have slowed the pace of vaccination in the U.S., along with the busy holiday season. Still, many parents have other concerns.

Chicago mother Kendra Shaw has resisted shots for her two school-age children, saying she worries about possible risks and isn't convinced the benefits are worth it.

But this week, her 10-year-old daughter pleaded to get vaccinated so she wouldn't miss school, and her soon-to-be 7-year-old son asked for his shots so he could have a big birthday party.

Shaw scheduled their first doses for Wednesday but said: "I'm really on the fence.''

Daniel Kotzin, of Denver, said he is convinced he made the right decision not to vaccinate his 5-year-old daughter and 7-year-old son because most omicron cases seem to be mild.

"They are essentially at no risk of harm, so I really don't understand the reason to vaccinate them," he said.

Doctors say that kind of thinking is misguided and part of the problem.

"It's true, kids in general do better than adults with COVID," said Dr. Elizabeth Murray, a pediatric emergency medicine physician in Rochester, New York, and a spokeswoman for the American Academy of Pediatrics, "but 'not too sick' still can mean miserable with fevers and muscle aches for a week. It can also mean MIS-C or long COVID.''

MIS-C, or multisystem inflammatory syndrome, is a rare but serious condition linked to COVID-19 that can affect many organs and typically requires hospitalization.

Authorities don't think omicron is making children and adults more seriously ill than other variants, and say hospitalization rates are up partly because it is so much more contagious.

Some children have been admitted for underlying conditions such as lung disease, diabetes and sickle cell disease that have worsened because of an omicron infection, doctors say.

Dr. Jesse Hackell, a pediatrician in Pomona, New York, said that at least 25% of his patients ages 5 to 11 are vaccinated, but that after an initial rush in the fall, the numbers have dwindled.

A frustrated Hackell said the government's vaccination campaign is clearly struggling against misinformation and "pseudoscience," the likes of which he has never seen before in his 40-plus years as a pediatrician.

He said the government needs to get tough and mandate the shots.

"If we could get every kid vaccinated across the board, it would go a long way. It wouldn't end the pandemic, but it would end the severe disease,'' Hackell said. "It could help turn the virus into nothing more serious than the common cold, and we can deal with that.''