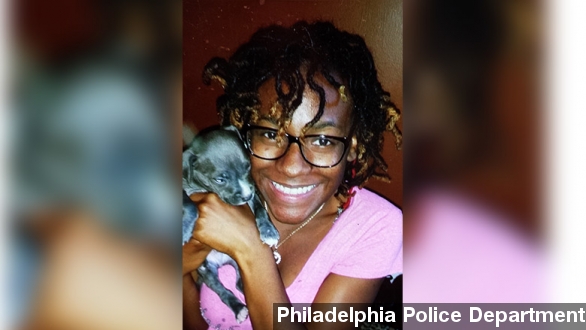 Local reporters say Carlesha Freeland-Gaither was found in the car of 37-year-old Delven Barnes. He is the man charged with kidnapping her. (Video via KYW-TV)

Freeland-Gaither's abduction Sunday was caught on surveillance camera — in the video, you can see a man forcing the 22-year-old woman into his car. (Video via Philadelphia Police Department)

Another surveillance video released Wednesday gave the public a clearer look at a suspect entering a convenience store. (Video via Philadelphia Police Department)

According to The Philadelphia Inquirer, newer evidence — "a receipt from an Acme in Rhawnhurst, a broken key chain, smashed glass, a zip tie and an empty Herr's potato chip bag" — was found at a Maryland residence. But according to law enforcement, tips and other information from the community led FBI agents to Barnes.

SPECIAL AGENT ED HANKO VIA WCAU: "With the help of the media and many, many citizens who called in tips, we were able to identify this individual, identify his car and track it into Maryland."