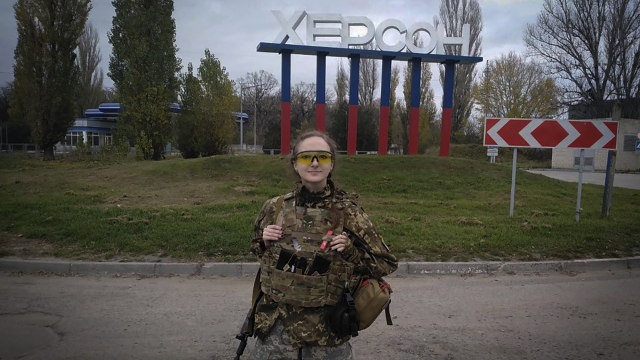 You could hear the sound of joy in the streets of Kherson as Ukrainian troops move in to liberate the city. Russia announced today that their retreat from the city is complete, in what is believed to be the latest in a string of major blows to Russia’s offensive. Kherson was the first and only major Ukrainian city to fall into Russian control, back in the early days of the invasion. Putin had also in late September announced that Russia would annex the region, one of four that they did. President Zelenskyy marked the occasion in his nightly address.

"Today is a historic day. We are returning Kherson. The people of Kherson were waiting. They never gave up on Ukraine. Hope for Ukraine is always justified and Ukraine always returns its own," said Zelenskyy.

Ukrainian officials expressed concerns that Russia may have left behind a series of land mines as a parting gift that could prove deadly. The main way across the Dnipro River cut off and collapsed into the waters below.

And early this morning, the all too familiar sounds of death and destruction were heard around 40 miles away.

A Russian missile struck a residential building while people were inside sleeping, killing seven people in Mykolaiv. Residents there believe they are being targeted because of Russia’s retreat.

"They can do nothing to our military, and so the population has to suffer for it," said a resident.

Tragedy, mixed with celebration as Ukraine pushes ahead.

The withdrawal marks a major victory for Ukraine, though Moscow maintains control of about 70% of the region and still considers it Russian territory.