Before He Vanished, Jamal Khashoggi Challenged His Country's Leaders 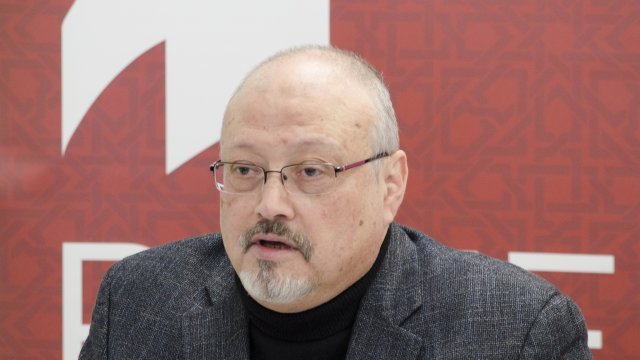 SMS
Before He Vanished, Jamal Khashoggi Challenged His Country's Leaders

Before his disappearance and alleged murder inside of a Saudi Arabian consulate in Turkey, Saudi journalist Jamal Khashoggi was known in the U.S. as a prominent critic of his home country.

During a panel at the Arab Center Washington D.C., Kashoggi said, "Corruption is no secret in Saudi Arabia. We feel it, we see it every day."

He said, "We need to, in Saudi Arabia, create some kind of an alliance with Muslim countries who could be targeted by this right-wing administration."

But the Kingdom ended up cozying up to Trump, and Khashoggi's comments led to him reportedly being censored back home. He left the country for the U.S. shortly thereafter. 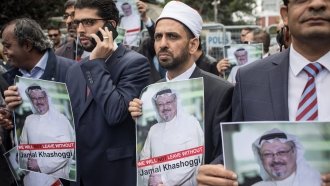 Senators Use Magnitsky Act To Trigger Probe Into Missing Journalist

Saudi Crown Prince Mohammed bin Salman, the country's presumptive heir, has been attempting to portray himself as a reformer working to modernize and liberalize the country. Khashoggi's media appearances often flew in the face of that image.

Appearing on Al Jazeera, Kashoggi said, "I still see him as a reformer, but he is gathering all power within his hand."

And he told RT, "It is reason to worry, and I put it this way: he is doing the right things the wrong way."

Khashoggi's most trenchant criticisms came from his opinion pieces in The Washington Post, where he accused Salman of imposing "very selective justice," creating a "climate of fear and intimidation," and behaving like Russia's authoritarian president Vladimir Putin.

Khashoggi last spoke in public during a Middle East Monitor conference in London about the Israeli-Palestinian conflict. He entered the Saudi consulate and went missing days later.