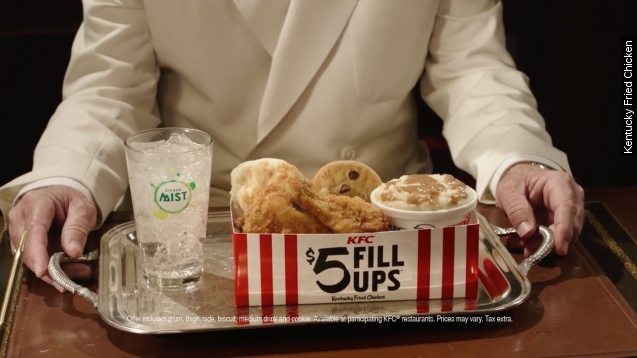 Kentucky Fried Chicken and food delivery service DoorDash have announced a partnership and will test the concept in California.

Sometimes, you just want some fried chicken in the comfort of your own home without having to leave the couch. (Video via KFC)

And Kentucky Fried Chicken hears you. The company is partnering with DoorDash, a delivery service that's worked with Taco Bell, another Yum Brands restaurant. (Video via DoorDash)

The service is being tested first in San Francisco, Los Angeles and Orange County.

But DoorDash's CEO told CNBC, "To bring you hot chicken wings under 30 minutes is a lot harder than it sounds."

For one, the partnership seemed to pick test locations that specialize in traffic jams.

And residents in those cities aren't as centralized as, say, Chicago or New York –– meaning delivery routes could be less efficient. (Video via KFC)

However, the companies hope mobile order systems will smooth out the delivery process.

The Wall Street Journal notes KFC delivery is in other countries, like crowded China.

Although rival Popeyes doesn't yet offer delivery, other major food chains in the U.S. — like Chipotle, McDonald's and Starbucks — do, and KFC likely doesn't want to fall behind. (Videos Popeyes Louisiana Kitchen, Chipotle Mexican Grill, McDonald's)