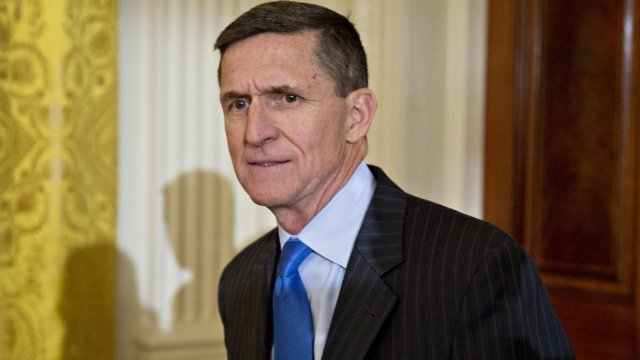 SMS
Mueller Releases Key Memo Before Flynn's Sentencing
By Audrey Esther
By Audrey Esther
December 17, 2018
Hours before a judge will sentence Michael Flynn for lying to the FBI, Robert Mueller released a key memo about those lies.
SHOW TRANSCRIPT

The unredacted parts of the memo describe how, during the January 2017 interview with FBI agents, Flynn repeatedly lied about his contacts with former Russian ambassador to the U.S. Sergey Kislyak.

Notably, Flynn told investigators he may have talked to Kislyak about a U.N. vote on Israeli settlements, but said he did not try to influence him. The FBI says that was a lie.

The memo also says Flynn lied about having discussed with Kislyak whether Russia should retaliate against the U.S. for expelling Russian diplomats after the 2016 election. The FBI says Flynn asked Russian officials to not escalate the country's response.

Mueller's office released the memo at the request of the federal judge who is overseeing Flynn's case.

On Tuesday, that same judge will sentence Flynn for lying to the FBI, to which he pleaded guilty in December 2017.