Kevin Spacey's New Show Could Compete With 'House Of Cards' 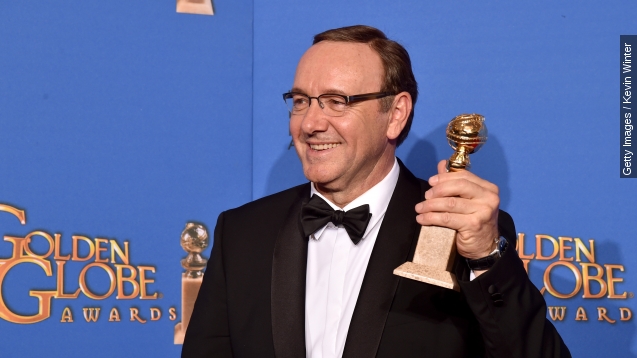 Did Kevin Spacey just create his own competition?

A first-look deal means the studios have the first look at any project Spacey and Brunetti develop, but they're allowed to shop the project to other studios if Fox doesn't fund it.

The deal comes on the heels of the studios acquiring rights to the book "The Residence," which will be a cable drama executive produced by the Trigger Street partners and Fox News anchor Megyn Kelly.

The announcement of Kelly's debut in a scripted series rounds out a very good year for the news anchor. After her exclusive Duggar family interviews, Fox announced the No. 2 cable news anchor would get a series of prime-time specials set to launch next year.

But back to "The Residence." The show is a White House drama – sound familiar? (Video via Netflix)

Spacey and Brunetti are also co-executive producers of "House of Cards."

Though this drama is more closely related to the tone of "Downton Abbey" than it is "House of Cards," whoever the lead actor is could very well be Spacey's competition during awards season.

"The Residence" follows the relationship between the White House residence staff and first families over the span of several administrations.

And as if two White House-based shows aren't enough for Spacey, Variety has exclusively learned that the domestic rights to the film "Elvis & Nixon," starring Spacey as Richard Nixon and Michael Shannon as Elvis Presley, have been acquired by Amazon Studios.

So for those of you keeping score, that's three Spacey White House productions in the works.