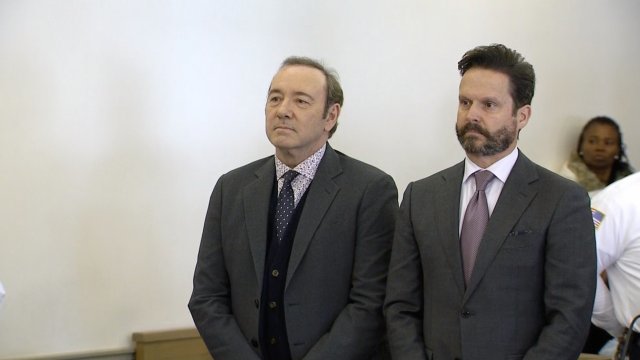 Actor Kevin Spacey made his first appearance in a Massachusetts courtroom Monday to face a sexual assault charge.

Spacey is charged with indecent assault and battery for allegedly groping an 18-year-old busboy at a Nantucket bar in 2016.

Spacey stayed quiet during the hearing, as his attorney and the prosecutor did most of the talking. Nothing major happened during this first appearance, but the actor was ordered to stay away from the alleged victim and his family.

After the hearing, a not guilty plea was entered on Spacey's behalf. The next hearing in the case is set for March 4. Spacey doesn't have to attend in person.