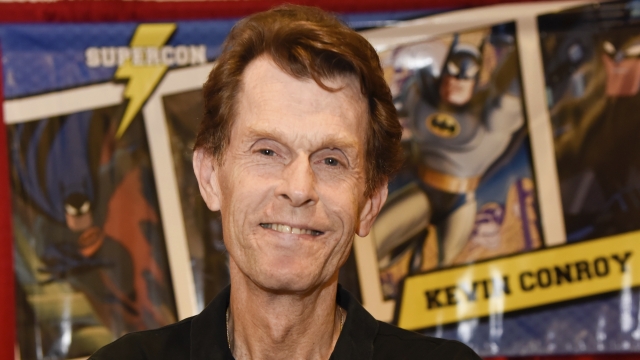 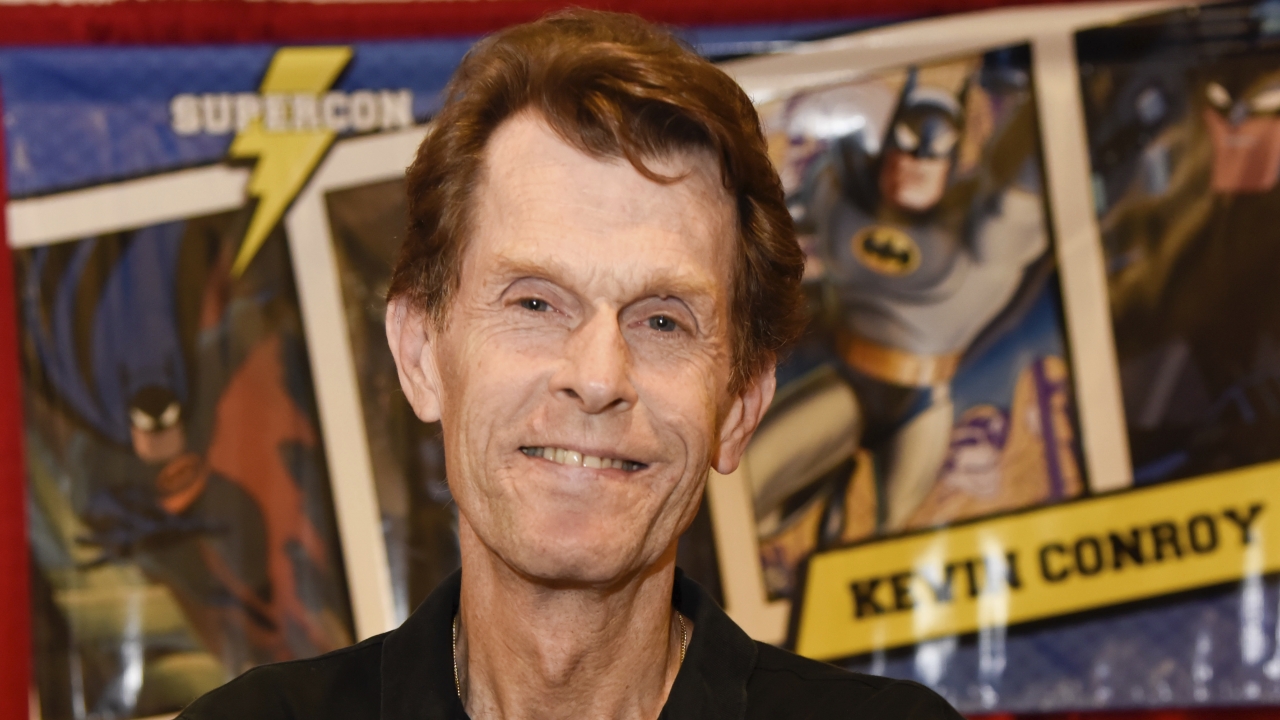 Kevin Conroy, the prolific voice actor whose gravelly delivery on "Batman: The Animated Series" was — for many Batman fans — the definite sound of the Caped Crusader, has died at 66.

Conroy was the voice of Batman on the acclaimed animated series that ran from 1992-1996, often acting opposite Mark Hamill's Joker. Conroy continued on as the almost exclusive animated voice of Batman, including some 15 films, 400 episodes of television and two dozen videogames, including the "Batman: Arkham" and "Injustice" franchises.

In the eight-decade history of Batman, no one played the Dark Knight more.

"For several generations, he has been the definitive Batman," Hamill in a statement. "It was one of those perfect scenarios where they got the exact right guy for the right part, and the world was better for it."

"He will always be my Batman," Hamill said.

Conroy's popularity with fans made him a sought-after personality on the comic-con circuit. In the often tumultuous world of DC Comics, Conroy was a mainstay and widely beloved. In a statement, Warner Bros. Animation said Conroy's performance "will forever stand among the greatest portrayals of the Dark Knight in any medium."

"Kevin brought a light with him everywhere, whether in the recording booth giving it his all or feeding first-responders during 9/11 or making sure every fan who ever waited for him had a moment with their Batman," said Paul Dini, producer of the animated show. "A hero in every sense of the word."

Born in in Westbury, New York, and raised in Westport, Connecticut, Conroy started out as well-trained theater actor. He attended Juilliard and roomed with Robin Williams. After graduating, he toured with John Houseman's acting group, the Acting Company. He performed in "A Midsummer Night's Dream" at the Public Theater and in "Eastern Standard" on Broadway. At the Old Globe Theatre in San Diego, California, he performed in "Hamlet."

The 1980s production of "Eastern Standard," in which Conroy played a TV producer secretly living with AIDS, had particular meaning to him. Conroy, who was gay, said at the time he was regularly attending funerals for friends who died of AIDS. He poured out his anguish nightly on stage.

In 1980, Conroy moved to Los Angeles, began acting in soap operas and booked appearances on TV series including "Cheers," "Tour of Duty" and "Murphy Brown." In 1991, when casting director Andrea Romano was scouting her lead actor for "Batman: The Animated Series," she went through hundreds of auditions before Conroy came in. He was there on a friend's recommendation — and cast immediately.

Conroy began the role without any background in comics and as a novice in voice acting. His Batman was husky, brooding and dark. His Bruce Wayne was light and dashing. His inspiration for the contrasting voices, he said, came from the 1930s film, "The Scarlet Pimpernel," about an English aristocrat who leads a double life.

"It's so much fun as an actor to sink your teeth into," Conroy told The New York Times in 2016. "Calling it animation doesn't do it justice. It's more like mythology."

As Conroy's performance evolved over the years, it sometimes connected to his own life. Conroy described his own father as an alcoholic and said his family disintegrated while he was in high school. He channeled those emotions into the 1993 animated film "Mast of the Phantasm," which revolved around Bruce Wayne's unsettled issues with his parents.

"Andrea came in after the recording and grabbed me in a hug," Conroy told The Hollywood Reporter in 2018. "Andrea said, 'I don't know where you went, but it was a beautiful performance.' She knew I was drawing on something."

In "Finding Batman," released earlier this year, Conroy penned a comic about his unlikely journey with the character and as a gay man in Hollywood.

"I've often marveled as how appropriate it was that I should land this role," he wrote. "As a gay boy growing up in the 1950s and '60s in a devoutly Catholic family, I'd grown adept at concealing parts of myself."

The voice that emerged from Conroy for Batman, he said, was one he didn't recognize — a voice that "seemed to roar from 30 years of frustration, confusion, denial, love, yearning."

"I felt Batman rising from deep within."