Party Drug Ketamine Could Be Used To Treat Depression 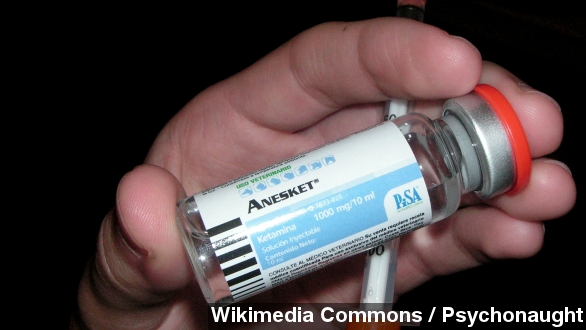 You probably know ketamine, otherwise known as "special K," as a scary, powerful drug — a drug intended to be used as a tranquilizer that's turned into one for the party scene. But now — it could be used to treat depression.

Doctors in the UK tested the drug on 28 people who have been battling depression for years — they found that some patients noticed their symptoms disappearing just hours after taking low doses of the drug. (Via BBC)

The trial's lead researcher told reporters, "We've seen remarkable changes in people who've had severe depression for many years that no other treatment has touched. It's very moving to witness." ​(Via The Guardian)

During the study, which was published in the Journal of Psychopharmacology, each of the 28 patients were given around 80 milligrams of ketamine in a controlled and monitored environment.

Over the course of three weeks, the participants were given up to six infusions of the drug that lasted 40 minutes each. The research team then gave them cognitive tests to assess brain function.

After those three weeks were up, researchers found in the people who actually responded to the treatment, reported no symptoms for between 25 days and eight months. (Via Journal of Psychopharmacology)

And, though ketamine can cause bladder damage and impaired brain function when taken recreationally, the low doses administered during the study didn't cause either in any of the participants, as Nature World News reports.

Now, it's actually no secret that ketamine could help those with depression — research teams around the world have been studying its potential use for years.

And the results of this newest study are promising. But as the BBC points out, the short duration of the drug's effect is still a problem. And there are some serious side effects to worry about too, including the possibility of the supply of blood to the brain being interrupted.

The study's lead author says they are now working to build up clinical experience with ketamine in a small number of monitored patients in order to find a way to "prolong its dramatic effect." As of now, the team has given 400 infusions to a total of 45 patients.