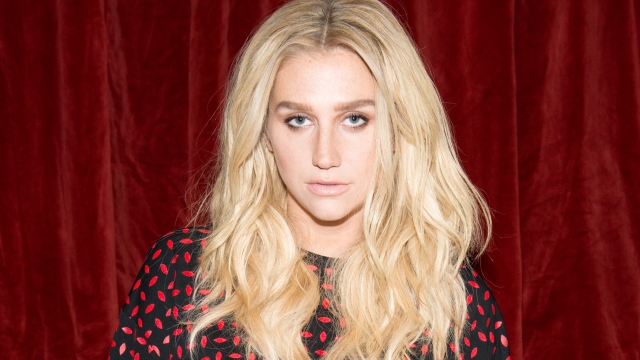 SMS
Kesha's Case Sheds Light On Financial Abuse In Relationships
By Cody LaGrow
By Cody LaGrow
February 23, 2016
The argument may be less about Kesha working with the man she has accused of rape and more about ensuring he can't profit from her future work.
SHOW TRANSCRIPT

The #FreeKesha campaign began online in response to singer Kesha's ongoing turmoil with producer Dr. Luke, whom she accuses of sexually abusing her. But the campaign isn't just about Kesha having to work with the man she says abused her but also making sure Dr. Luke doesn't continue to profit off the singer.

Last week, a New York judge ruled against releasing Kesha from her recording contract with Sony Music and Dr. Luke. The request was part of the lawsuit Kesha filed in 2014 accusing Dr. Luke of sexually and emotionally abusing her for nearly 10 years.

Dr. Luke, whose real name is Lukasz Gottwald, has repeatedly denied her claims and wrote, "It's sad that [Kesha] would turn a contract negotiation into something so horrendous and untrue."

Dr. Luke's lawyers said on Monday that Kesha is free to record and release music without him as a producer — and that any claim she isn't free to do so is untrue. Still, if Kesha were to record under Dr. Luke's imprint, he could profit off her work.

Regardless of what did or did not happen between Kesha and Dr. Luke, perhaps this case exposes the uphill battle abuse survivors endure.

Sure, it may seem uniquely Hollywood with record labels, huge contracts and big names in the music business, but Lena Dunham noted Kesha's situation is similar to what many abused women face.

Dunham wrote: "When a woman is not in control of her financial destiny, either because her partner is the primary breadwinner or because he makes financial decisions for the entire family, her world is made minuscule. Her resources evaporate. Fear dominates."

According to the National Network to End Domestic Violence, Dunham is right — 98 percent of women experience financial abuse in abusive relationships.

As The Atlantic put it, "Kesha's argument is that the exploitation that allegedly happened to her should stop not only on a personal level, but a financial one."

The case prompted Demi Lovato to share this photo from "The Enliven Project" that shows how often rapists aren't reported, partly due to fear of harassment.

Add Lovato's support to celebrity love from the likes of Lady Gaga, Kelly Clarkson and Ariana Grande. Taylor Swift even donated $250,000 to Kesha, and Jack Antonoff publicly offered to get in some secret studio time with the singer so she could continue to work.