Kerry Washington's Mansion Isn't Scandalous, But It Sure Is Pretty 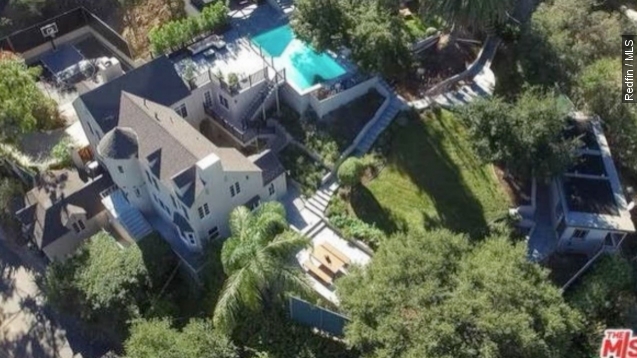 Are you a super fan of Kerry Washington, and also happen to be mega loaded?

Washington's 1926 Hollywood Hills home is now on the market for a steep $2.695 million. Granted, it's pretty sweet:

It obviously has a pool and cabana, along with a basketball court. Although we're surprised there isn't a football field, since husband Nnamdi Asomugha knows the game pretty darn well.

But, wait! There's more! Beautiful architecture, a sweet kitchen with a built-in wine rack, a beautiful winding staircase, amazing views from different rooms and your own gym!

And maybe Washington's "Scandal" character rubbed off on her a little, style-wise. There's a lot of white going on. But not as much as Olivia Pope has going on.

Although they may not get that $2.6 million asking price. Washington and her husband paid only $1.865 million in May 2014 for the dream home. We hope that deal gets handled fast.