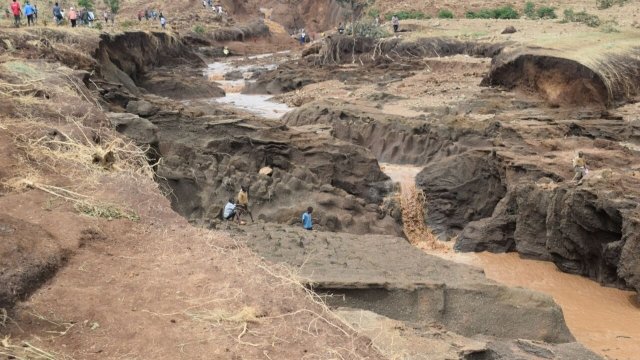 SMS
Kenyan Officials Investigating Deadly Dam Burst
By Jake Jones
By Jake Jones
May 12, 2018
Dozens of people are still missing, and the death toll is expected to rise.
SHOW TRANSCRIPT

Kenyan authorities are investigating any wrongdoing after a burst dam killed more than 40 people and displaced hundreds of thousands.

The dam burst Wednesday after heavy rains flooded the area. Dozens of people are still missing, and the death toll is expected to rise.

Officials say the dam, which was built on private land, didn't have a permit and was not legal. Similar dams in the area are also under investigation; authorities are concerned they could also burst.

A police investigation into any wrongdoing is reportedly due within two weeks.