Kenya Opposition Leader Just Swore Himself In As 'People's President' 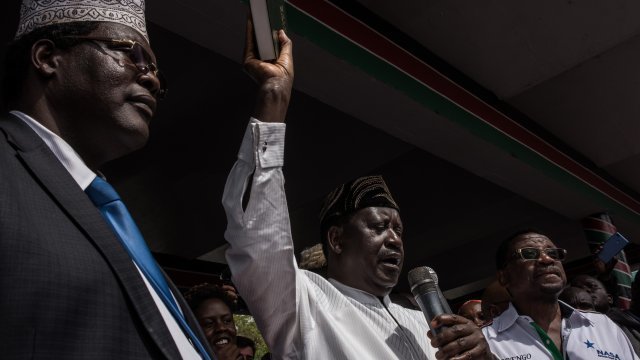 The unofficial position marked by the mock inauguration is a protest of the official leader, President Uhuru Kenyatta.

The government voided the initial election in August after Odinga and his followers argued the results were tampered with. It OK'd a controversial do-over election in October, and Kenyatta won again.

Odinga's recent mock event was peaceful. But the government still cut all three of the largest TV stations' transmissions and tried to bring criminal charges against the people who were there.