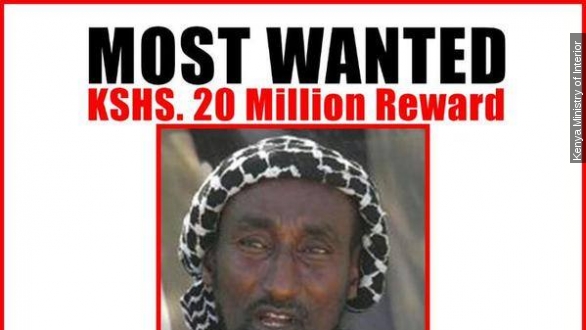 The Kenyan government has identified the man who orchestrated the terrorist attack that killed 147 people at a university in Garissa Thursday.

Officials have identified the man as Mohamed Mohamud and are offering a reward of about $215,000 for any information leading to his arrest.

There were at least five gunmen who stormed the school. One of them has been identified as Abdirahim Abdullahi, the son of a local government official in northern Kenya.

Abdullahi graduated from a Nairobi law school in 2013, but his father reported him missing not long after he finished school. Officials believe he traveled to Somalia to join Al-Shabab. At least nine other suspects have been arrested in connection with the attack. (Video via CNN)

Al-Shabab, a terrorist group with ties to Al-Qaeda, has taken credit for the attack. It says it was in retaliation for the Kenyan government sending troops into Somalia to help drive the group out of the country.

Al-Shabab has been responsible for several violent attacks in Kenya in recent years. It orchestrated the attack on a Kenyan bus that killed 30 and a shooting at a mall in Nairobi that left 70 dead.

Officials are still searching for others who many have been involved in Thursday's shootings. On Saturday, Al-Shabab warned of "another bloodbath" in Kenya.