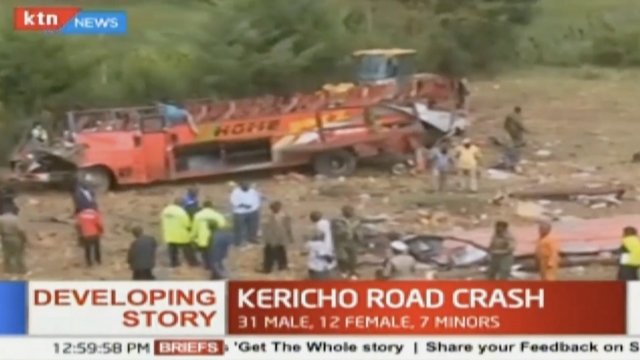 By Andrea Gonzales
October 10, 2018
Authorities said they believe the driver lost control of the vehicle while going down a steep slope.
SHOW TRANSCRIPT

The crash happened on a highway around 5 in the morning local time. The bus was traveling from Nairobi to Kisumu, a port city about 200 miles away. Authorities said they believe the driver lost control of the vehicle while going down a steep slope.

Local police said the bus was not licensed to operate at night, according to the Washington Post.

A World Health Organization study a few years ago found that the roads in Kenya are some of the most dangerous in the world.

Kenya's president tweeted his condolences and wished those who were hospitalized a quick recovery.