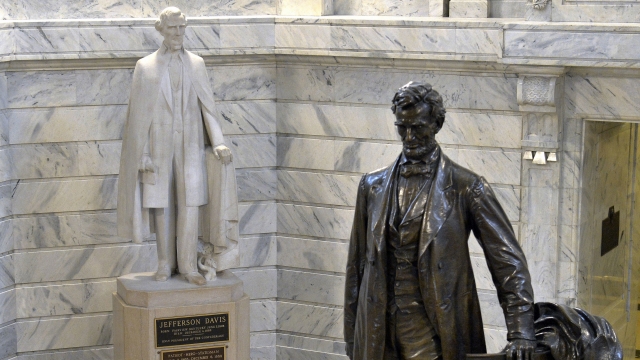 The statue, which has stood in the state Capitol rotunda for over 80 years, will be relocated to the Jefferson Davis State Historic Site.

A Kentucky state committee has voted to remove a statue of Confederate President Jefferson Davis from the state Capitol building.

In a near-unanimous vote on Friday, the state's Historic Properties Advisory Commission agreed to relocate the statue from the Capitol rotunda, where it's stood for over 80 years, to the Jefferson Davis State Historic Site.

Kentucky Gov. Andy Beshear praised the move, saying "it was past time for this vote and for this action."

"Today is a move toward showing that everybody is welcome in this building and that our government should work for the betterment of every single Kentuckian. That we have systematic issues that we must address, but that now is the time to truly move forward, to truly make progress and to show that Team Kentucky includes every single Kentuckian," Beshear said.

Calls for the statue's removal have grown in recent weeks amid protests in the state following the deaths of Breonna Taylor and George Floyd.

Earlier this week, a statue of Davis in Virginia was pulled down by protesters.