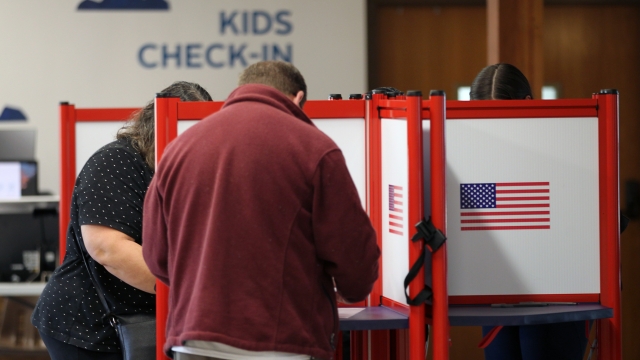 On Wednesday, Kentucky's secretary of state announced the office will recanvass the results from Tuesday's gubernatorial race.

It was a close call, but Democrat Andy Beshear claimed victory, leading by 5,333 votes out of more than 1.4 million counted — a margin of about 0.4 percentage points. His opponent, Republican Gov. Matt Bevin, would not concede. On Wednesday, Bevin's campaign requested a recanvass with the secretary of state to make sure the votes were counted correctly.

So, what is a recanvass? Well, it's not a recount, although recounting and recanvassing both mean double-checking votes. The key difference is where the procedure takes place. A recount has to be requested and approved through the court system, which means ballots, voting machines and election materials would have to go to a circuit court to be double-checked. Kentucky does not have a law on mandatory recounts in close races.

In a recanvass, local election authorities go through paper ballots and electronic machines to double-check both the number of votes and the number that was reported to the secretary of state.

Bevin had a lot of support in rural areas, and his campaign focused on cutting Medicaid and changing the state's pension program. He also aligned himself closely with President Trump, who won Kentucky in 2016. But Bevin's fights with teachers over education policy and pensions could have left a bad taste in some voters' mouths. Beshear won over some traditionally Republican areas, including places where President Trump won in 2016. He also won over urban areas with a platform focused on health care and education.

Beshear said Tuesday that he expected his opponent would "honor the election that was held."  But Secretary of State Alison Grimes announced Bevin's request on Twitter and said the recanvass will take place next week.