Walgreens Is The Target Of A New Opioid-Related Lawsuit 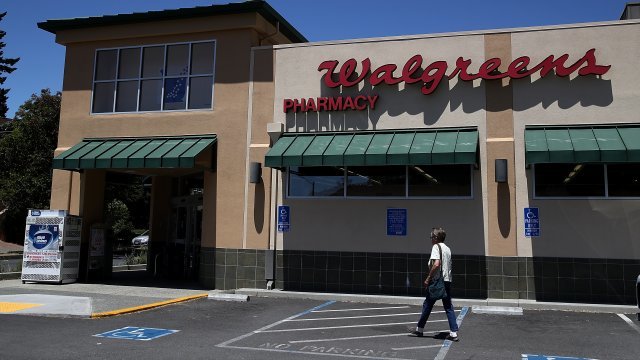 SMS
Walgreens Is The Target Of A New Opioid-Related Lawsuit
By Cristina Mutchler
By Cristina Mutchler
June 14, 2018
The state of Kentucky is suing Walgreens, alleging it failed to properly monitor opioid shipments and dispensed large amounts of the painkillers.
SHOW TRANSCRIPT

Kentucky's attorney general has filed a lawsuit against Walgreens for allegedly directly contributing to the opioid crisis in the state.

The suit claims the pharmacy didn't properly monitor its shipping operations, and dispensed large amounts of opioid painkillers to its Kentucky stores. It notes Walgreens' "dual role" as a distributor and pharmacy, alleging the company failed to report suspicious opioid orders to authorities.

It's the sixth time Kentucky Attorney General Andy Beshear has filed an opioid-related lawsuit. He says he wants to hold companies responsible and make them a part of the solution.

According to recent data from the Centers for Disease Control and Prevention, Kentucky has one of the highest rates of drug overdose deaths involving opioids in the U.S.