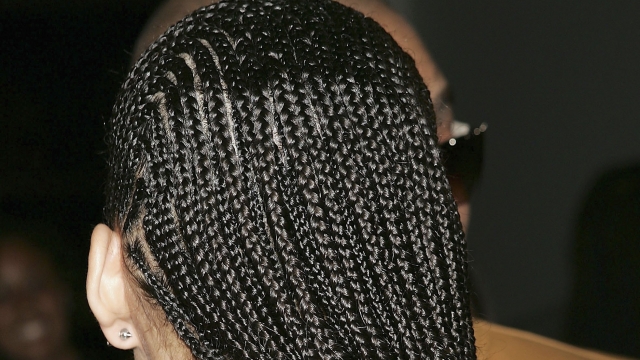 A school in Kentucky is backpedaling after critics said its dress code unfairly targeted black students. The policy was overturned at a school board meeting, but everyone isn't satisfied.

It all started after state Rep. Attica Scott tweeted a photo of a flier given to her daughter that said distracting or attention-getting hairstyles like “dreadlocks, cornrolls, (and) twists” would be outlawed. We’re assuming they meant cornrows.

Scott told the Courier-Journal, “They specifically outlined hairstyles that are worn most by black kids. To me, this stinks of institutional racism."

A school dress code causing controversy and upsetting students are parents is nothing new, but it's tough to make the case that a natural hairstyle like cornrows would count as distracting.

Scott’s photo got more than 1,000 retweets, and the American Civil Liberties Union of Kentucky said it would review the high school’s policy.

In Kentucky, decisions on dress codes and other policies are made by entities called school-based decision making councils, instead of school boards. The councils are made up of teachers, parents and administrators.

The Jefferson County Public Schools superintendent said it would “provide guidance to our schools to ensure their policies are not obtrusive, do not conflict with board policy and most importantly do not infringe on the many cultures embraced across our school district."

This video includes a clip from Kentucky Educational Television and an image from Twitter / @atticascott.