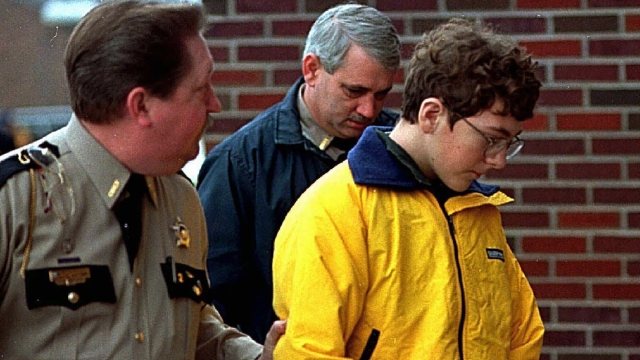 39-year-old Michael Carneal will spend the rest of his life in prison for opening fire on a before-school prayer group at Heath High School in 1997.

A Kentucky man who killed three fellow students and wounded five others when he was 14 years old will have to spend the rest of his life in prison without another opportunity to seek parole, the Kentucky Parole Board voted Monday.

Michael Carneal, now 39, told parole board members last week that he would live with his parents and continue his mental health treatment if they agreed to release him. He admitted that he still hears voices like the ones that told him to steal a neighbor’s pistol and fire it into the crowded lobby of Heath High School in 1997. However, Carneal said that with therapy and medication, he has learned to control his behavior.

The board, meeting in Frankfort, voted 7-0 to deny parole, after deliberating in private for about 30 minutes. Carneal watched the vote over Zoom from the Kentucky State Reformatory in La Grange. He sat hunched in a small chair as Kentucky Parole Board Chair Ladeidra Jones asked each member for their vote.

Jones then told Carneal that “due to the seriousness of your crime” he would serve out his life sentence in prison.

Missy Jenkins Smith, who had considered Carneal a friend before she was paralyzed by one of his bullets, said she couldn't sleep Sunday night because she was so anxious for the decision. She said she was in shock after hearing it.

“It’s so hard to believe I don’t have to worry about it again,” she said. “I guess I'll realize it later. It will sink in.”

The Almost-Mass Shooter: Man Reflects On Stepping Away From The Edge

Aaron Stark discusses his emotions and circumstances that drove him to buy a gun and nearly go on a rampage at 16 years old.

Jenkins Smith watched the hearing from her home in Kirksey with another victim, Kelly Hard Alsip, and their families. Her oldest son, who is 15, had been worried that if Carneal were released he would come to their house, she said.

Jenkins Smith, Alsip, others who were wounded in the shooting, and relatives of those who were killed spoke to the parole board panel last week. Most expressed a wish for Carneal to spend the rest of his life in prison. Carneal told the panel there are days that he believes he deserves to die for what he did, but other days he thinks he could still do some good in the world.

Jones earlier told Carneal their “number one charge is to maintain public safety.” She informed him that his inmate file listed his mental health prognosis as “poor” and says he experiences “paranoid thoughts with violent visual imagery.”

Speaking by videoconference from the Kentucky State Reformatory last week, Carneal apologized to his victims, including the entire tightknit community of Heath, just outside of Paducah. Killed in the Dec. 1, 1997, shooting were 17-year-old Jessica James, 15-year-old Kayce Steger, and 14-year-old Nicole Hadley, who Carneal said was a “very good friend” to him.

Carneal was a freshman when he opened fire on a before-school prayer circle that met in the lobby each morning. He was given the maximum sentence for someone his age at the time, life in prison with the possibility of parole after 25 years.

A two-person panel of the parole board considered his case last week but could not reach a unanimous decision, sending the case to the full board meeting on Monday.