Kentucky Gov. Plans To Restore Voting Rights To Some Felons 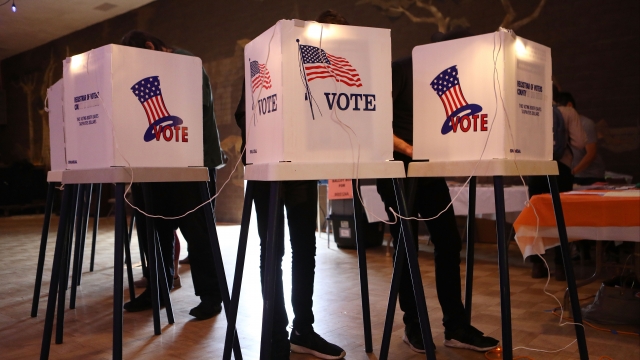 Kentucky Gov. Andy Beshear plans to soon restore voting rights to more than 100,000 people in the state with felony convictions.

"They deserve to participate in our great democracy. By taking this step, by restoring these voting rights, we declare that everyone counts in Kentucky. We all matter," Beshear said in his inaugural address on Tuesday.

Beshear gave no other details about the executive order in his inaugural address. But it sounds like his order would essentially restore one his father — then-Gov. Steve Beshear — issued just before leaving office in late 2015. That order only applied to nonviolent offenders who had been released from jail, had finished probation and parole and had paid all restitution. Steve Beshear's Republican successor, Matt Bevin, suspended the order shortly after.

Kentucky and Iowa are currently the only two states that don't allow at least some convicted felons the right to vote.

There are roughly 312,000 felons who are disenfranchised in the state, according to a January report from the League of Women Voters of Kentucky. That breaks down to about 1 out of every 11 residents.