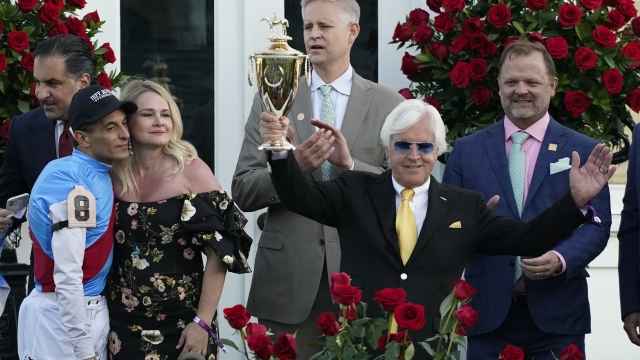 Baffert's horses have failed about 30 tests over the past four decades, fueling allegations of repeated cheating.

On Sunday, the hall of famer denied any wrongdoing, saying neither he nor anyone on his team had given Medina Spirit a steroid often used to treat pain and swelling.

Churchill Downs hasn't taken the Derby win from Medina Spirit yet, but said it would if the findings are upheld.

In the meantime, the racetrack has suspended Baffert.