Former Kentucky Rep. Wins Back Her Old Seat In Another Democratic Flip 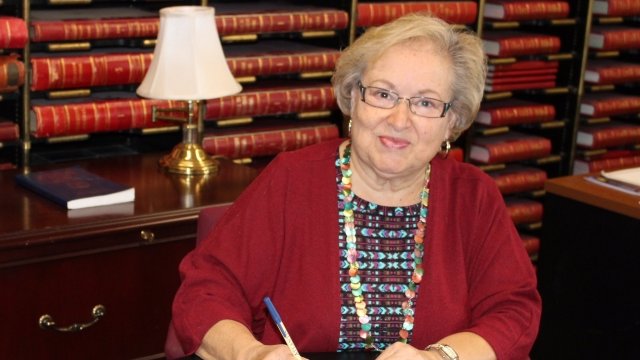 SMS
Former Kentucky Rep. Wins Back Her Old Seat In Another Democratic Flip

By Matt Picht
February 21, 2018
With 68 percent of the vote, Linda Belcher won a special election Tuesday to reclaim her old seat in Kentucky's House of Representatives.
SHOW TRANSCRIPT

A Kentucky Democrat has won back her old seat in the state House of Representatives following a special election.

Former state Rep. Linda Belcher received 68 percent of the vote in Tuesday's election to represent the 49th District in Kentucky's House. She lost her seat in 2016 to Republican Dan Johnson by a narrow 1-point margin. President Trump won her district by 72 percent that year.

Johnson later killed himself after he was accused of sexual assault. Johnson's widow, Rebecca Johnson, ran against Belcher in Tuesday's contest.