Kensington Palace Is Fed Up With Aggressive Paparazzi 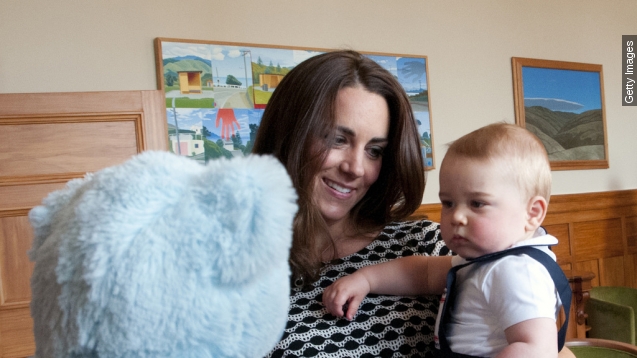 The British Royal Family is no stranger to media attention. (Video via The British Monarchy)

But Kensington Palace is fed up with paparazzi pursuing photos of Prince George.

In a statement published Friday, the monarchy criticized the “increasingly dangerous” tactics of these photographers, even if they are in the minority.

“The vast majority of publications around the world – and all British publications – have refused to fuel the market for such photos.”

The Duke and Duchess of Cambridge do share images of Prince George and make scheduled appearances, which the palace says is an agreeable arrangement for most everyone.

But according to the monarchy, Paparazzi have followed royal family vehicles and staff around, trespassed on private property around royal residences and hidden in sand dunes during beach vacations. (Video via Sky News)

The palace’s note details one photographer who camouflaged himself in a rental car, “stocked with food and drinks to get him through a full day of surveillance.”

“Of course, it’s a very difficult area of law. If you’re in a public place, and the photographer is not breaching the peace, it is unclear what the law would say about the behavior of these photographers,” said the BBC’s Nick Witchell. (Video via the BBC)

Aggressive photographers are of particular relevance to the royal family. An inquest attributed Princess Diana’s death in an car crash in 1997 in part to the negligence of pursuing paparazzi. (Video via Biography)

In the hunt for photos of Prince George, the palace warns “A line has been crossed and any further escalation in tactics would represent a very real security risk."