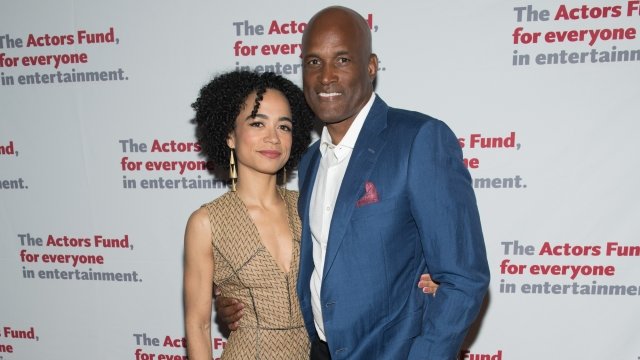 SMS
Director Kenny Leon Had Much To Learn From Deaf Actress Lauren Ridloff
By Christian Bryant
By Christian Bryant
July 6, 2018
The veteran director worked with the acting newcomer in the recent Broadway show "Children of a Lesser God."
SHOW TRANSCRIPT

Tony Award-winning director Kenny Leon has worked with industry greats like Denzel Washington and Phylicia Rashad. But the veteran director said that he still had much to learn when working with acting newcomer Lauren Ridloff during his most recent Broadway show "Children of a Lesser God."

"As a director, it taught me I had to dig deeper to figure out ways to articulate with actors," Leon said. "Working with her was, it was very beautiful, because I've learned a lot."

Ridloff was born deaf. She worked as Leon's sign language tutor before he cast her in a lead role for "Children of a Lesser God."

Leon spoke to Newsy and Chicago Ideas about his experience directing Ridloff and how he learned to communicate the nuances of acting without speaking a word.

Leon's new memoir, "Take You Wherever You Go," is available now.