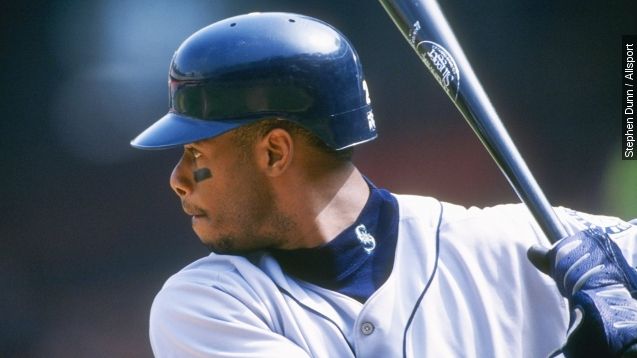 On Wednesday, Griffey has a chance to become the first player unanimously inducted into the Baseball Hall of Fame. He would surpass pitcher Tom Seaver, who has the all-time highest percentage of votes (98.84 percent) for Hall of Fame induction.

Third on that list overall is legendary Orioles third baseman Cal Ripken Jr. at 98.53 percent, the highest percentage for any position player.

So does Griffey have what it takes to pass a player like Ripken?

As far as accolades goes, Ripken's got the edge. Ripken has two MVPs, 19 All-Star game selections and eight Silver Slugger Awards. The biggest accolade Griffey beats Ripken in is Gold Gloves — 10 for the high-flying outfielder compared to two for Ripken.

As for nicknames, that's pretty much a wash — both have great ones. Cal Ripken Jr., also known as "The Iron Man," earned his nickname from playing 2,632 consecutive games in the majors — no small task.

Griffey's "The Kid" nickname doesn't have as specific of a tie to a milestone, though. It could be from making his major league debut at 19 years old or it could be from the way he made amazingly athletic catches while flashing that infectious smile.

Off the field, both guys have stayed clean, especially of steroid accusations.

That's important in the eyes of baseball voters who've kept the likes of Barry Bonds, Mark McGwire, Roger Clemens and Sammy Sosa on the outside looking in.

Baseball Hall of Fame inductees will be announced Wednesday. Along with Griffey, catcher Mike Piazza, first baseman Jeff Bagwell and outfielder Tim Raines have a good shot at being inducted.

This video includes images from Getty Images and statistics from Baseball-Reference.com.