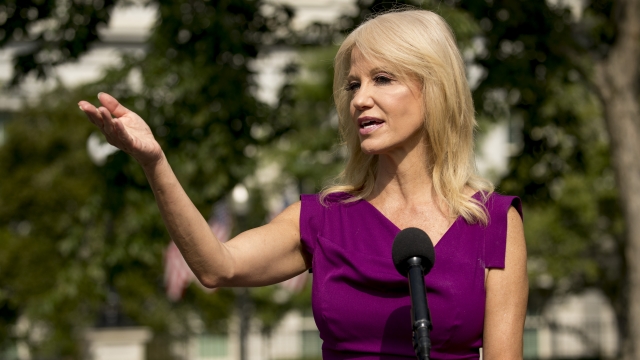 By Bailey Vogt
August 24, 2020
Her husband, George Conway, also announced he is withdrawing from the Lincoln Project.
SHOW TRANSCRIPT

Kellyanne Conway, one of President Donald Trump's longest serving advisers, says she's leaving the White House at the end of the month.

Her husband, George Conway, also announced he is withdrawing from the Lincoln Project, a group created by anti-Trump Republicans.

Often at odds in the public political sphere, both are citing they need to focus on their family.

Kellyanne Conway was the first woman to successfully steer a White House bid, then became a senior counselor to the president. She informed President Trump of her decision in the Oval Office. She is still slated to speak at the Republican National Convention this week.