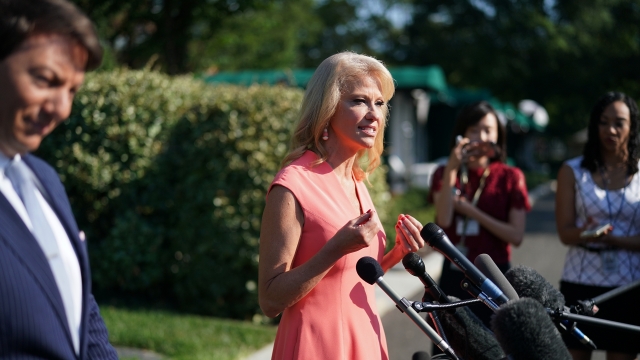 "Just 25 minutes ago the White House sent a letter to the committee claiming a misguided way is - quote - "absolutely immune" - end of quote - from having to testify before Congress simply because she works in the White House. That is a completely baseless claim."

Committee Chairman Elijah Cummings said Conway is not being asked to testify over the advice she gave the president but over "her multiple violations of federal law" and waste of taxpayer funds.

Cummings says Conway's illegal activity includes promoting Ivanka Trump's retail brand on "Fox & Friends" while speaking in an official capacity and using taxpayer dollars to travel the country on private jets. Last month, a watchdog report accused Conway of "making statements directed at ... the failure of candidates for the Democratic Party's nomination for president" in TV interviews and on social media.

Under the Hatch Act, federal employees are prohibited from engaging in political activities in the workplace.

The committee will now move forward to hold Conway in contempt of congress if she fails to testify before July 25.