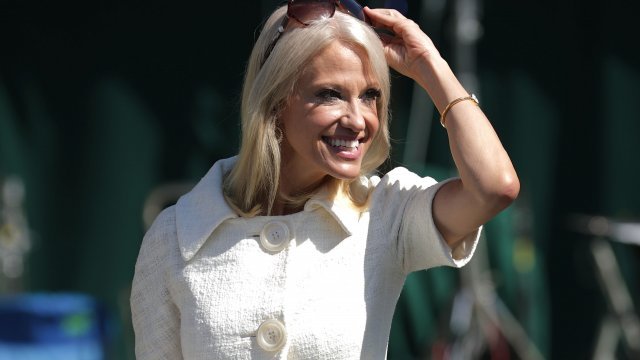 SMS
Kellyanne Conway Accused Of Violating Federal Ethics Laws Again
By Austin Kim
By Austin Kim
March 6, 2018
The White House's counselor to the president is accused of violating the Hatch Act twice in the span of weeks.
SHOW TRANSCRIPT

The Hatch Act bars federal employees, except the president and vice president, from using their position to publicly influence or sway an election.

Conway has been in murky ethical waters before. She once promoted Ivanka Trump's retail brand on "Fox & Friends" while speaking in an official capacity.

The office referred its findings to the White House, which could punish Conway. But it doesn't look like that will happen. A White House spokesperson says Conway didn't advocate for or against a particular candidate during her TV appearances.