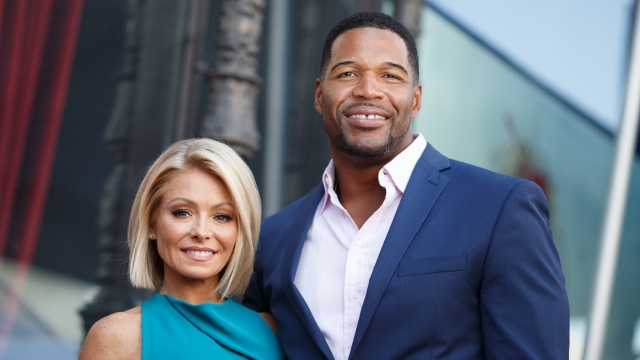 "I am thrilled for Michael. … This is a tremendous opportunity, and I couldn't be and we couldn't be prouder of you," Ripa said.

This was her first appearance on "Live" since ABC announced Strahan was leaving to co-host "Good Morning America" full-time this fall.

Ripa also hinted she'd only been told about Strahan's new gig about a half hour before press got word.

"It started a much greater conversation about communication, consideration and, mostly importantly, respect in the workplace," Ripa said.

Ripa and Strahan will continue to co-host "Live" together until he moves over in September. ABC recently renewed the show through 2020.