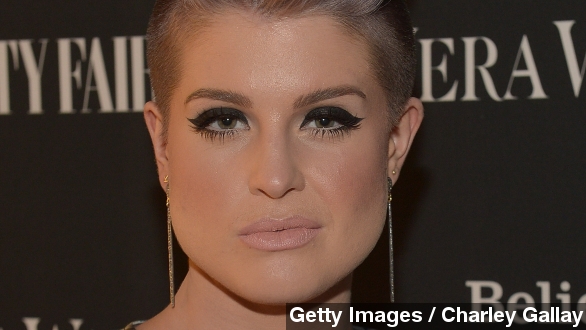 After days of controversy surrounding E!'s "Fashion Police," the show has lost one of its veteran hosts.

Friday, E! confirmed Kelly Osbourne has left the show. The announcement was pretty vague with E! Entertainment reps simply saying, "Kelly Osbourne is departing ... to pursue other opportunities, and we would like to thank her for her many contributions to the series over the past five years ... no decisions have been made on her replacement."

Now, in case you haven't been keeping up, Kelly's departure from the show follows last week's Oscar special where a comment was made about Disney Channel star Zendaya Coleman.

"Unless you know how to make jokes, don't do it because this is what happens​," Whoopi Goldberg said on "The View."

"People automatically assume that dreads mean you smoke weed, you're a rastafarian," one YouTube critic said.

Shortly after the show aired, Zendaya Coleman, the butt of that joke, issued a statement on social media. She wrote, "There is a fine line between what is funny and disrespectful. ... To say that an 18 year old young woman with locs must smell of patchouli oil or 'weed' is not only a large stereotype but outrageously offensive."

And Kelly, who was originally accused of making the comment along with Giuliana Rancic — was clearly not laughing at the controversial joke. After the show aired Osborn made her opinion very well known, saying "I DID NOT MAKE THE WEED COMENT (sic). I DO NOT CONDONE RACISM SO AS A RSULT OF THIS IM SEREIOULSY QUESTIONONIG STAYING ON THE SHOW!"

Giuliana did issue an apology that Zendaya has publicly accepted, but it obviously wasn't enough for Kelly, who is friends with the 18-year-old actress.

Now that Kelly has stepped down there are reports that Kelly and Giuliana have had some tension bubbling since Joan Rivers, the show's matriarch, passed away in September.

Kathy Griffin replaced Rivers and the show came back on the air last month. According to TMZ that's when the issues started between Kelly and Giuliana.

During the taping of the first episode, the site reports, "Kelly was unhappy with the way the show was being produced. Producers, we're told, were 'up to here' with Kelly so the handwriting was on the wall."

But as the dreadlock controversy continues to unfold we're seeing a lot of rumors, some claiming Kelly warned against airing the comments on the show, which is prerecorded.

There's also some reports about "power struggles" among the cast members.

​Regardless, it's obvious the temperature on the set of "Fashion Police" has changed quite a bit since the loss of Rivers.

But as her daughter Melissa Rivers said in a statement regarding Kelly's departure, "As my mother always said, the show must go on and I plan to continue in the same spirit."