Kel Mitchell Contemplated Death After 'All That' 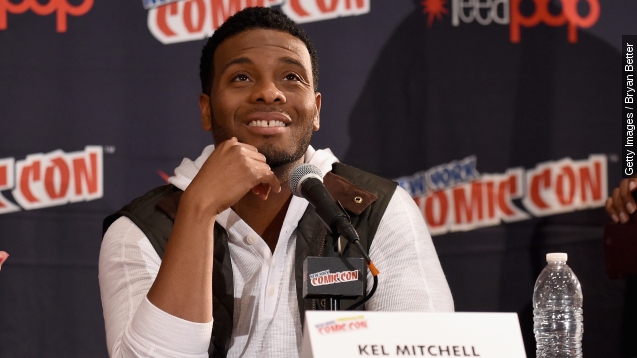 In a gripping blog post, the Nickelodeon star shared that he was once suicidal. He's now back on the network, starring in "Game Shakers."

Kel Mitchell's return to TV unleashes the cheering child in all of us. But the Nickelodeon star of the '90s has recently shared that his return to the stage was riddled with struggle.

The 37-year-old Mitchell opened up in a blog post, saying, I have been through so many ups and downs in my life.. Suicidal, divorce, drug and alcohol usage, deep in sin."

It's a very different tone from the Mitchell we know — a man who used to stick grapes up his nose for laughs. His blog revealed the harsh side of fame, and Mitchell said his relationship with God turned his life around.

Now, Mitchell is set to prove that the funny guy can finish first. He's now starring in Nickelodeon's "Game Shakers."

"I speak to a lot of kids. I do a lot of empowerment speeches at different schools and things like that," Mitchell shared with MadameNoire.

From a fan's perspective, perhaps Mitchell's best quality is his willingness to still have fun with all the nostalgia associated with his early career.

The cast of Nickelodeon's "All That" recently reunited at New York Comic-Con, where even the old gang's elevator ride looked like a successful class reunion.

It also seems he's squashed any longstanding beef with former co-star, Kenan Thompson. The duo most recently reunited on "The Tonight Show" for one of their juiciest acts.

It's a new chapter for the actor who now says he enjoys living his life. And yes, he still loves orange soda.