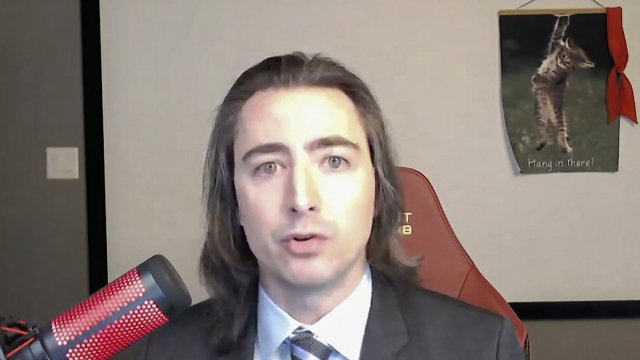 The much-anticipated GameStop hearing went on for hours, with lots of confrontation between the witnesses and the dozens of committee members, and the day trader behind the Reddit-fueled GameStop craze firing back.

“The idea that I used social media to promote GameStop stock to unwitting investors is preposterous," said Keith Gill.

Keith Gill is the Reddit user who inspired a flock of investors to pour money into GameStop and other shorted stocks, sending them to record highs before prices crashed, a so-called “short squeeze.” He defended himself in a virtual hearing with the House Committee on Financial Services Thursday, saying despite previous jobs in insurance and finance, he’s not a savvy investor. He insists his posts boosting the company were nothing different than what people do with family or friends.

“As for me, I like the stock. I’m as bullish as I’ve ever been on a potential turnaround for GameStop," Gill said.

The backdrop of the hearing: anger at Wall Street and powerful hedge funds.

"Many Americans feel that the system is stacked against them, and no matter what, Wall Street always wins," said Committee Chairwoman Maxine Waters.

“GameStop is a culmination of years of pent-up frustration. That frustration is now paired with faster, cheaper and better technology," said Ranking Member Patrick McHenry.

The CEO of the popular trading app Robinhood apologized for restricting individual trades in GameStop as the frenzy reached a fever pitch.

“Even though I recognize customers were very upset and disappointed that we had to do this, I imagine it would have been significantly worse if we prevented customers from selling," said Robinhood CEO Vlad Tenev.

The hearing was short on specific ideas, with some pushing for more regulation and others suggesting a two-day waiting period for trades to settle is outdated.

“This episode exposes a serious threat to our financial system when tweets, social media, do more to move the market than material, legitimate information," said Congressman David Scott.

None of the witnesses, including Gill, argued for or against new rules. But he says what this really shows, is how murky Wall Street’s rules really are.

“It’s alarming how little we know about the inner-workings of the market," Gill said.