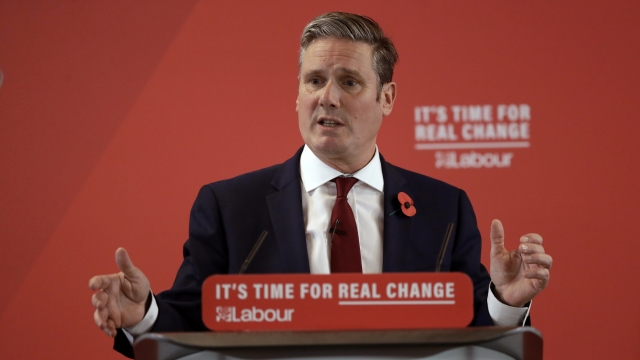 The Labour Party announced Starmer as the new party leader on Saturday after he secured more than 55% of the vote in the first round. In a video message, the former shadow Brexit secretary called his new role "the honor and the privilege of [his] life," and promised to "engage constructively with the Government" and not act in "opposition for opposition's sake."

Prime Minister Boris Johnson congratulated Starmer shortly after his victory and said he'd invited Starmer and other opposition leaders to work with him on tackling the country's coronavirus crisis.

"This is my pledge to the British people: I will do my utmost to guide us through these difficult times, to serve all of our communities and to strive for the good of our country," Starmer said. "I will lead this great party into a new era with confidence and with hope so that when the time comes, we can serve our country again in government."